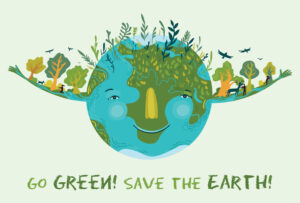 Shoot4Earth, the Hungarian-based 24-hour global filmmaking competition, has won the BEST PRODUCTION award, given for the best short film production at the Global Short Film Awards in Cannes in 2021.

Organized by the University of Pécs KPVK, First American Hungarian Television and the PixelTV.hu

ONE EARTH, ONE FILM, ONE CHANCE

Do you have a good idea? Shoot a film with your mobile phone and send it to us until the 22th of November!

THE AIM OF THE COMPETITION

We live in an era that is defined by digital videos. Visuality plays a central role in our world, everything revolves around it. Members of the younger generation, the digital natives, have grown up with the quick technical changes. They have grown together with the internet, mobile phones, and other gadgets suitable to shoot digital video. Many of them shoot and edit videos to express themselves.

Our goal is to bring awareness to the changes we all have to do on a daily basis in our consuming habits. We believe that the competition will contribute to the spreading of environmental awareness.

A crew can have only one or more members. Participants have to create a maximum one minute long short film to raise awareness on what we can do to save our environment, like being a bit more energy efficient or taking a bit more care in our daily life.

MEMBERS OF THE JURY:

HEAD OF THE INTERNATIONAL JURY

LAWRENCE DAVID FOLDES, a member of the Academy of Motion Picture Arts and Sciences of the United States and a member of the Executive Committee of the Student Academy Award

There is no entry fee, no age limit.

Mobile phone with a camera, smart phone, can be used for the shooting.

During post-production any appropriate programs can be used.

There is no preferred genre for the films

It could be a live action short film, video clip or animation.

The films have to be uploaded on YouTube. All the information given at the moment of registration, plus the Youtube link will have to be sent by email to the official address: info@shoot4earth.org

DEADLINE FOR THE UPLOAD OF THE FILMS

The films will be judged by a professional jury who will announce the results.

At the Green Philosophy international conference, held as part of the Planet Budapest 2021 Sustainability Expo and Summit.

The announcement and all the rules of the competition can be viewed at the official website: https://shoot4earth.org/